The region where the Serra da Estrela cheese can be manufactured is limited to an area of 3,143.16 km², which comprises the municipalities of Celorico da Beira, Fornos de Algodres, Gouveia, Mangualde, Manteigas, Nelas, Oliveira do Hospital, Penalva do Castelo, Carregal do Sal, and Seia. 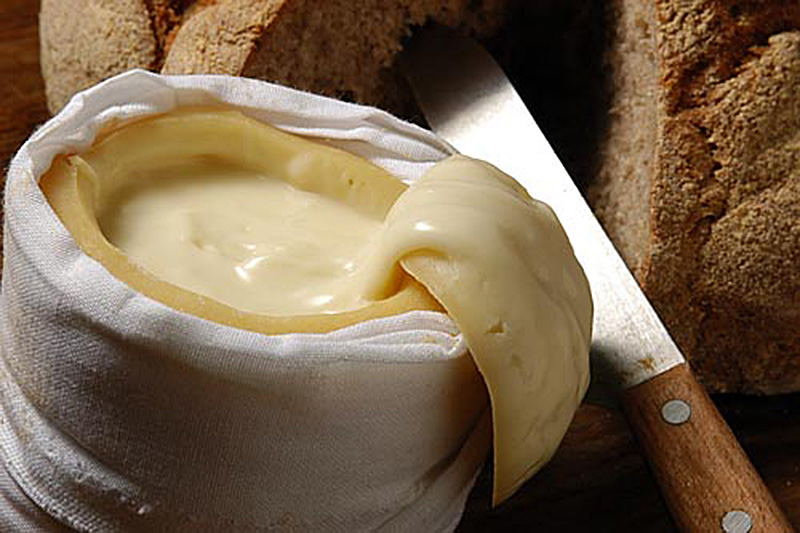 The production of the cheese has to follow very rigorous rules. It is made from sheep’s milk, mostly during the months of November to March. Its maturation period has specific norms and must last thirty days at least. The texture of the paste varies depending on its age, from a very soft semi-liquid when young, to a soft but sliceable solid when older. It is a cured cheese created by artisanal producers with a white or slightly yellow color and a uniform creamy consistency with at most a few small holes in it. Its particular qualities result from slow draining of curdled raw sheep’s milk which has been coagulated by using local Cynara cadunculusthistle rather than rennet.

The cheese is formed into a somewhat irregular wheel with slightly bulging sides and upper surface. It typically has a soft well-formed rind, smooth and thin with a uniform straw-yellow colour, and is traditionally bound in cloth. 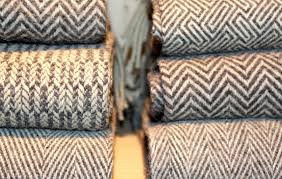 The most medieval fabric Portuguese is back and this time, does not stop the highlands of the country. From Serra da Estrela to Japan, the burel has been conquering the world.

Made from 100% pure wool, woolen cloth has long been the fabric elected by the highlanders of generations of Portuguese highlands. By “large thermal comfort” provided and its “natural waterproofing”, the sackcloth was used to protect from the cold and shelter those most exposed to low temperatures, for example, the shepherds.

You can find several products like blankets, shawls, and scarves, reusing and recreating old patterns with contemporary shapes and colours.