The Tower is the point of highest elevation of the Serra da Estrela and also of Portugal Continental, and the second highest of Portugal (only Mount Pico in the Azores, has a higher altitude – 2351 m). This point is not a characteristic peak of the mountain, but the highest point of a mountain. The tower has the unusual characteristic of being an affordable top by a paved road, the end of which there is a roundabout with a symbolic monument tower there is also a milestone geodésico2. It is said, although this is not confirmed, that King John VI would have in the nineteenth century incício erected here a monument in stone, in order to complete the altitude to reach the 2000 metros.2 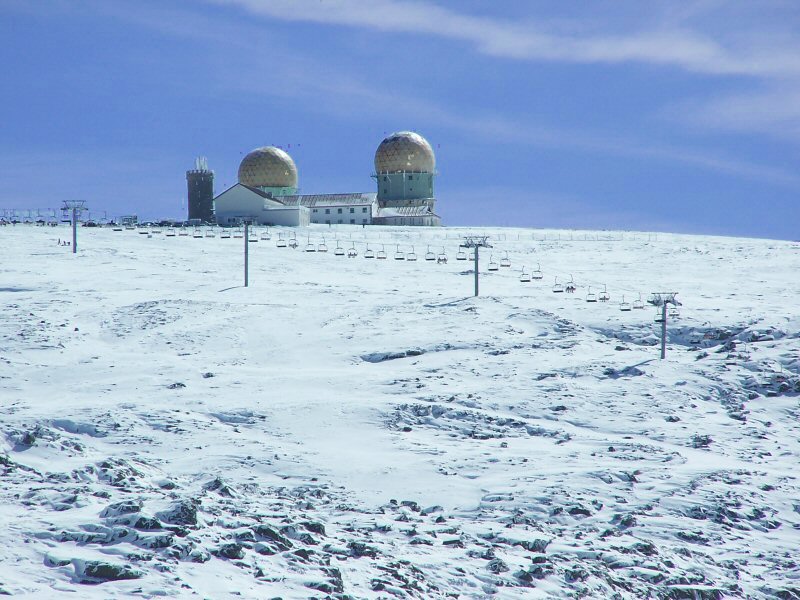 The point is located on the edge of the parishes of Unhais da Serra (Covilha), St. Peter (Butters) Loriga (Seia) and Alvoco da Serra (Seia), and therefore belonging to three municipalities: Covilha, Butters and Seia . The tower also gives the name to the locality where it is located, the highest part of serra. 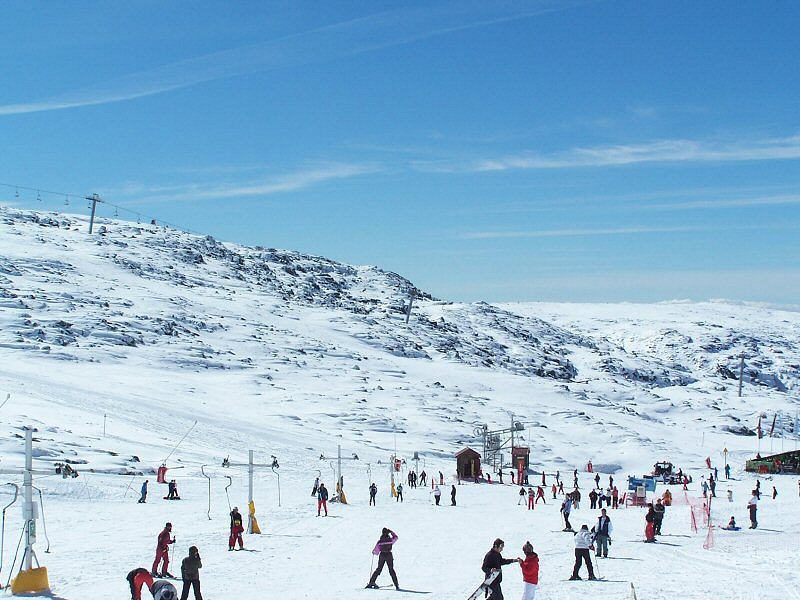 The actual altitude of this area is 1993 m, as arrangements introduced by measurements taken by the Army Geographic Institute. Precisely at the highest point the tower was built, a geodetic milestone that marks the highest point of the Serra da Estrela. There is a large gazebo which shows a clear view of the landscape of valleys embedded in a contact zone between schist and granite, cut by several courses of water. The lowest temperatures of Portugal are recorded on the summit of Serra da Estrela, coming even reach -20 ° C in winter.

The Tower is famous for snowfall during the winter months, attracting a large number of tourists. During the summer, on a clear day, the view can cover up the sea, seeing in the distance the Figueira area Foz.

On site there is a restaurant and shops with local food, such as cheese of Serra da Estrela, Vodafone Ski Resort and a recorded monument on the rock in honor of Our Lady of Good Star, patroness of pastores.